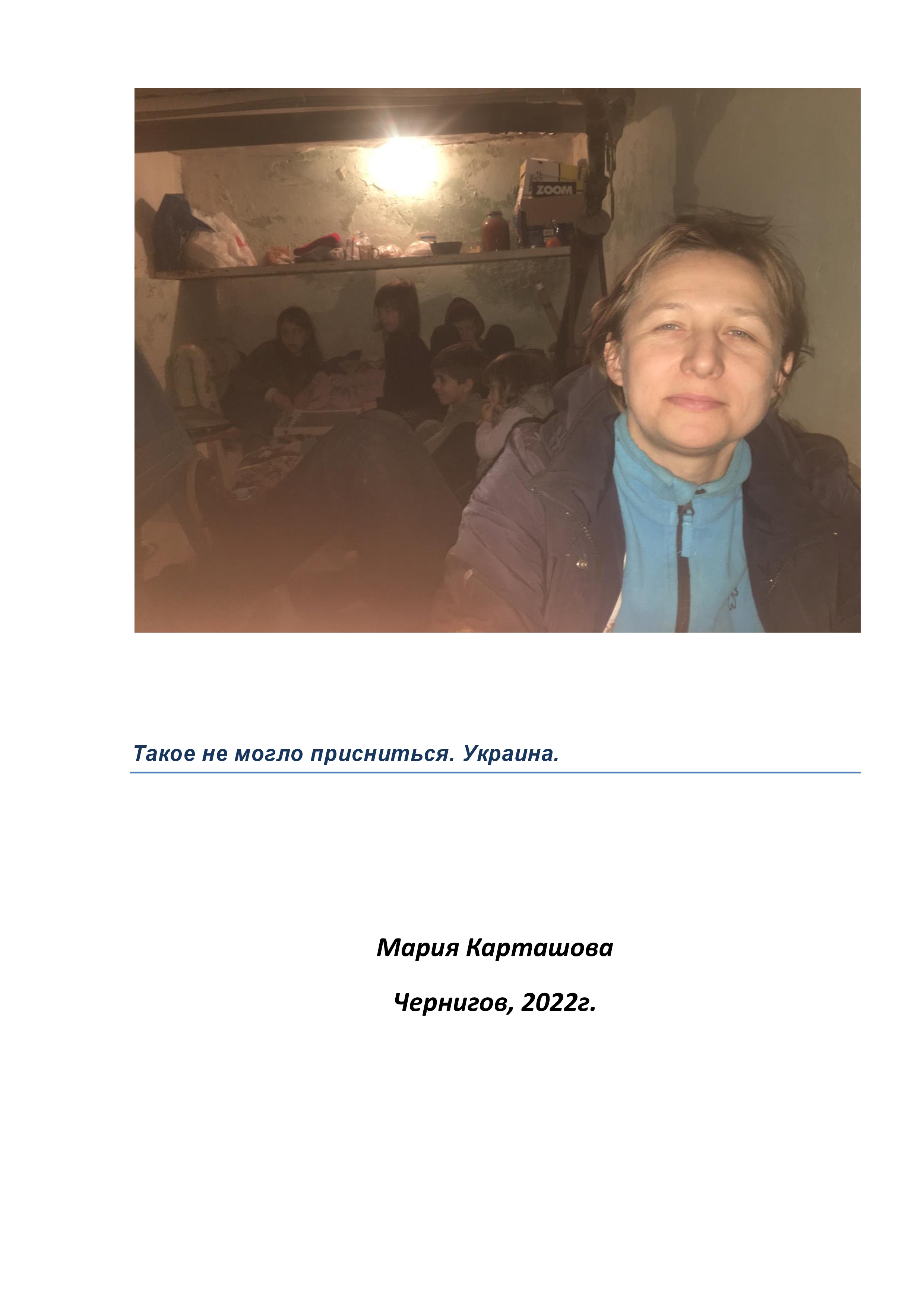 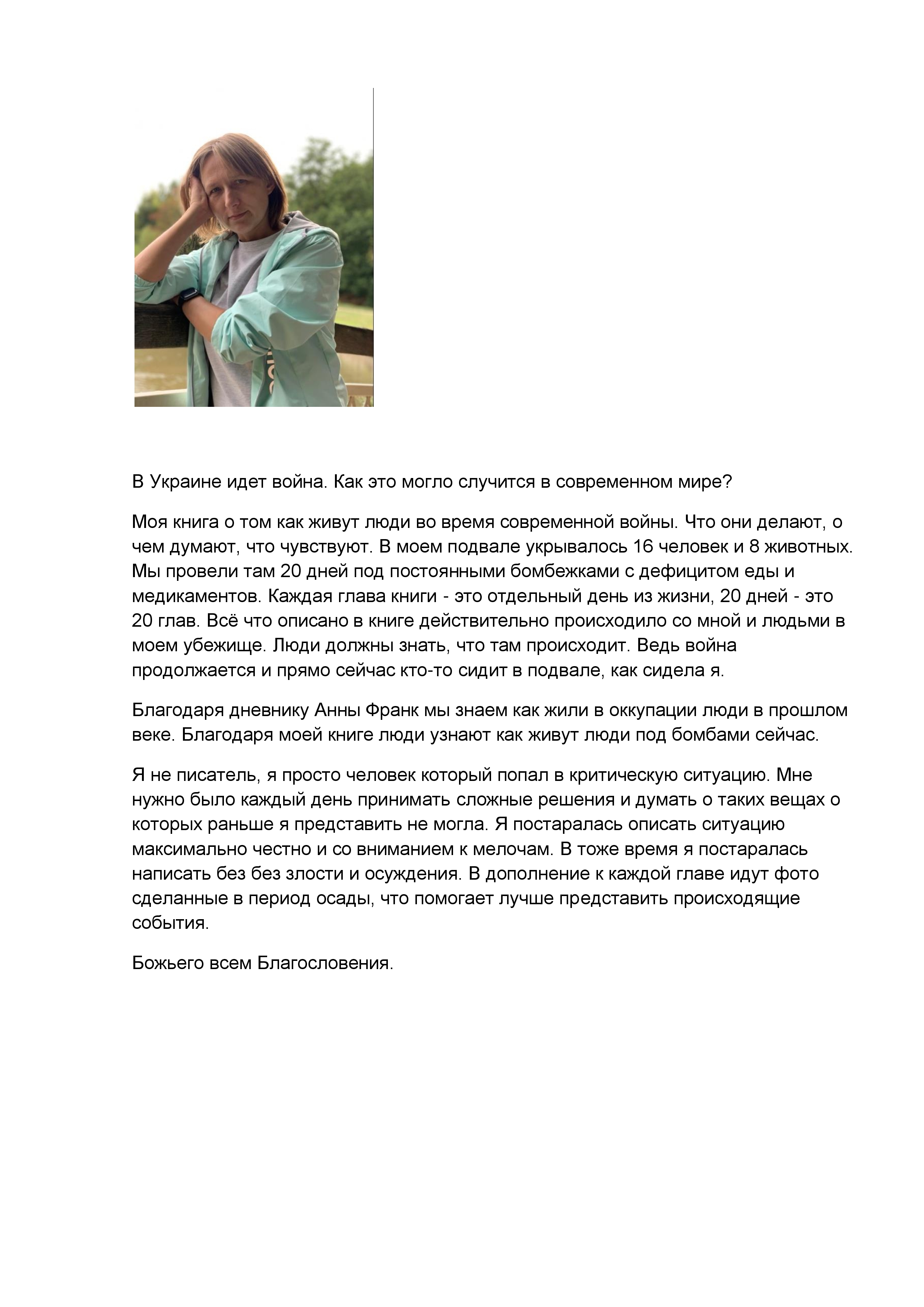 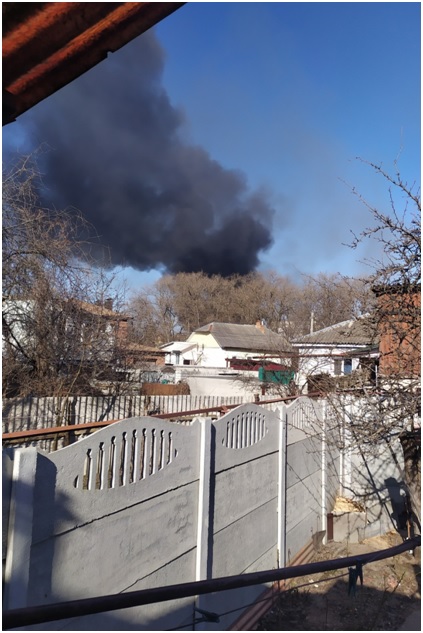 Such a thing could not be dreamed of. Ukraine. 20 days under the floor

There is a war going on in Ukraine. How could it happen in the modern world? My book is about how people live during the modern war. What they do, what they think, what they feel. 16 people and 8 animals were sheltering in my basement. We spent 20 days there under constant bombardment with a shortage of food and medicine. Each chapter of the book is a separate day in life, 20 days are 20 chapters. Everything described in the book really happened to me and the people in my shelter. People should know what is happening there. After all, the war continues and right now someone is sitting in the basement, as I was. Thanks to Anne Frank's diary, we know how people lived under occupation in the last century. Thanks to my book, people will learn how people live under bombs now. I'm not a writer, I'm just a person who got into a critical situation. Every day I had to make difficult decisions and think about such things that I could not imagine before. I tried to describe the situation as honestly as possible and with attention to details. At the same time, I tried to write without anger and condemnation. In addition to each chapter, there are photos taken during the siege, which helps to better visualize the events taking place. God's blessing to all.